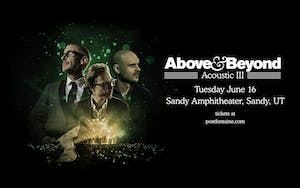 Above & Beyond Acoustic at Sandy Amphitheater has been canceled.

All customers who purchased tickets on Eventbrite will receive a full refund directly to the account used to purchase. There is no action needed on your end. At this time we expect all refunds to be processed within 14 days. 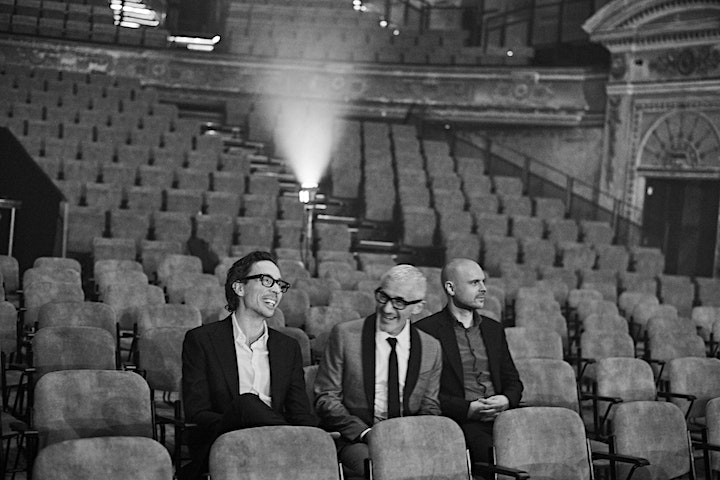 To further support the band's efforts to lessen the impact of touring on the environment, for every ticket sold a tree will be planted via One Tree Planted, a non-profit organization that plants trees all over the world to fight climate change, protect biodiversity, empower communities and restore our planet.

Above & Beyond, or Jono, Tony and Paavo as they are better known to their legions of fans around the world, have been at the forefront of electronic dance music for two decades.

Founders of the iconic Anjunabeats and Anjunadeep record labels and hosts of a weekly radio show, that reaches millions of dance lovers every Friday (Group Therapy), the trio have earned two GRAMMY™️nominations for anthems 'Northern Soul' feat. Richard Bedford and We're All We Need feat. Zoë Johnston. In 2018, the band’s fourth electronic album, Common Ground, debuted at number three on the Official Billboard Album Chart.

Songwriters first, producers second, Above & Beyond’s unwavering commitment to their craft has fuelled a career that many electronic artists today might only dream of: four acclaimed studio albums, 14 compilation albums, two ‘acoustic’ albums and a stand-alone album for yoga and meditation - not to mention innumerable club cuts and dance remixes.

In 2020, the band will release their third ‘Acoustic’ album on Anjunabeats which will be supported by a tour of iconic music halls in the UK, USA, and Canada.

Venue Information:
Sandy Amphitheater
1245 E 9400 S
Sandy, UT, 84094
Hello. We are working really hard to get reschedule information for all the shows coming up that are affected by the current situation. As soon as we get information for the rescheduled dates for each concert, an email will be sent to all ticket holders and we will also update our website, and our Facebook Page. We appreciate your patience and understanding during this time and we look forward to seeing you soon. Until then, we hope you stay safe and healthy.
+