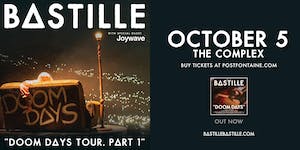 Get Bastille’s new album “Doom Days” with every online ticket

Every online ticket purchased comes with one (1) CD of Bastille’s new album, “Doom Days”. You will receive an email with additional instructions on how to redeem your album. US/Canadian residents only. One (1) CD per ticket.

*Not valid for Fan to Fan Resale 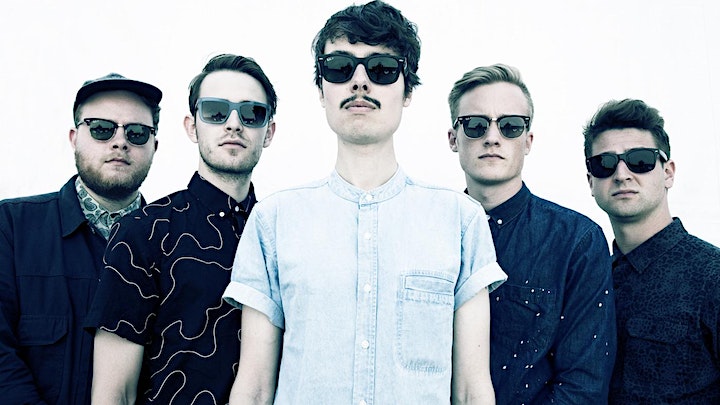 Joywave is an eclectic group specializing in alternative pop hailing from Rochester, NY. After the success of 2013's 88888 mixtape, they established their Hollywood Records imprint Cultco Music, through which they released this debut EP How Do You Feel?. With a catalog that deftly jumps between genre, Joywave's How Do You Feel? EP demonstrates the band's pointed talent for blending influences. The Joywave sound is grounded in classic songwriting, often injected with house music's energy, disco's layfulness and an overarching hip-hop spirit. Where any other band might lose its identity in the quest to experiment with so many different sounds, Joywave's all-embracing approach and ineffable knack for making music that feels good puts their distinct personality front and center.