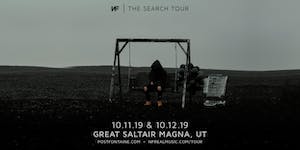 Every online ticket order of two (2) or more tickets comes with one (1) CD of NF’s upcoming album, “The Search.” After your ticket purchase you'll receive an additional email in the coming weeks with instructions on how to redeem your album. US/Canadian residents only. One CD per online order. Not valid for Fan to Fan Resale. Please Note: Not all events will be participating in the album bundle offer. Maximum of 4 albums redeemed per household. 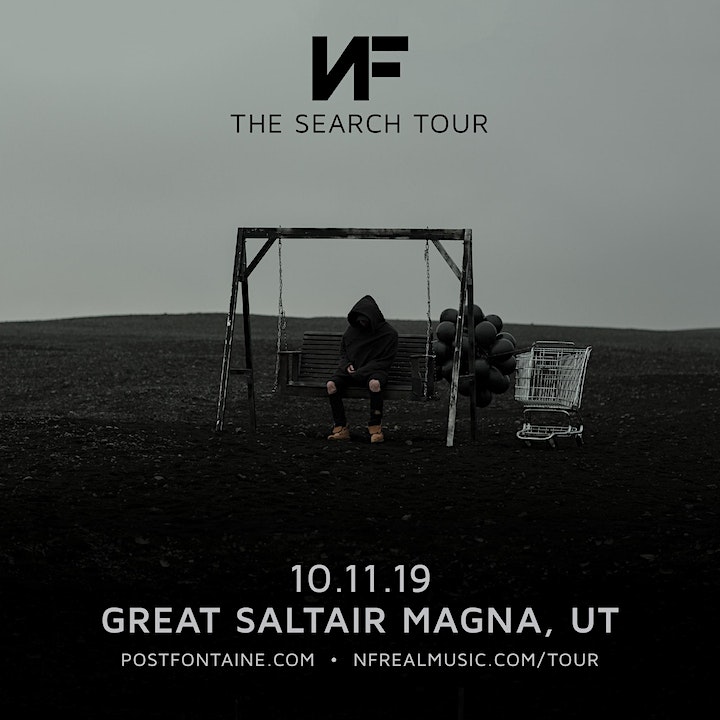 Nathan "Nate" John Feuerstein (born March 30, 1991), whose stage name is NF, is an American Christian hip hop rapper, singer and musician. He released an extended play in 2014 with Capitol CMG, NF, and it was his breakthrough release on the Billboard charts. He has released tho studio albums: Mansion in 2015, Therapy Session in 2016, and Perception in 2017.

Venue Information:
Great Saltair
12408 West Saltair Drive
Salt Lake City, UT
Hello. We are working really hard to get reschedule information for all the shows coming up that are affected by the current situation. As soon as we get information for the rescheduled dates for each concert, an email will be sent to all ticket holders and we will also update our website, and our Facebook Page. We appreciate your patience and understanding during this time and we look forward to seeing you soon. Until then, we hope you stay safe and healthy.
+